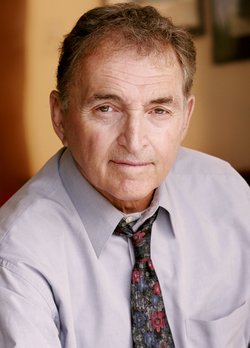 JACK WINNICK is an engineering professor with 40 years expertise in chemical and nuclear engineering, mainly at Georgia Tech. He is the author of a widely-used thermodynamics textbook and hundreds of technical articles. He has been a strong advocate for the State of Israel, holding memberships in AIPAC, Zionists of America and American Friends of Magen David Adom.

Winnick is an avid scuba diver and weekend tennis player.
He lives in Los Angeles. 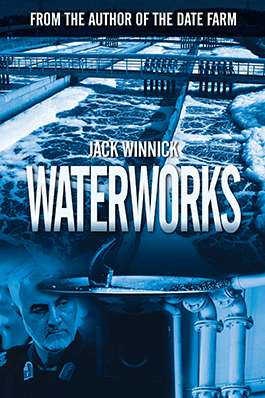 (Book 5)
A group of terror-driven international thugs threatens the nation's drinking water with a terrible poison. Who is responsible? Can the team of Lara and Uri once again find and stop these anti-American criminals? The very life of the nation is at stake! 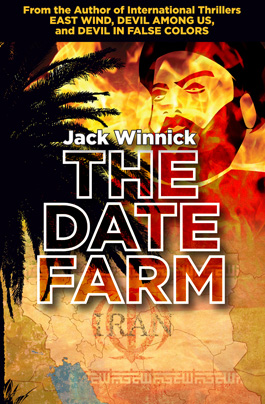 (Book 4)
An enemy of the United States launches an attack on a Beverly Hills shopping mall, killing and injuring hundreds. The same group then attacks the largest bank buildings in New York City attempting to find a precious resource. The FBI's Lara Edmond is paired with Mossad's Uri Levin in an attempt to stop this gang.

Review of The Date Farm by OnlineBookClub.org:
The Date Farm is a solid, compelling action thriller... the fast-paced plot has plenty of twists to keep action fans on their toes... Winnick’s plot moves quickly…the story never lags, always moving forward at speed. Anyone with an interest in terrorism and the current political climate in the Middle East would enjoy this book. 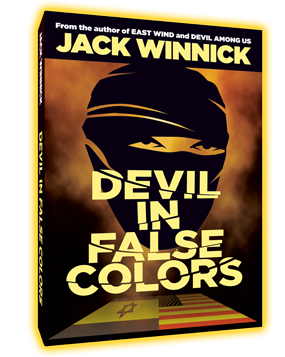 (Book 3)
A gruesome, murderous attack at a Los Angeles Jewish day school is followed by other terrorist activities. The death and destruction are attributed to ISIS.

The Joint Terrorism Task Force calls upon veteran agent Lara Edmond and her partner, Israel's Mossad anti-terrorism expert, Uri Levin. This is the team that stopped the religious fanatics in Winnick's first two hit novels: "East Wind" and "Devil Among Us." They are again assigned to find and eliminate the perpetrators of another assault against the U.S. and its ally, Israel. 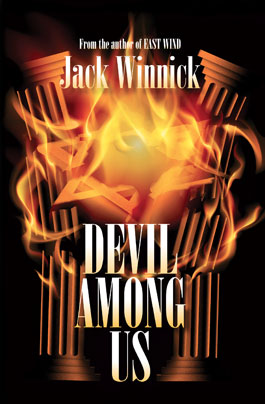 (Book 2)
A New York synagogue is leveled by an explosion on Yom Kippur. Hundreds are killed and maimed. An investigation indicates Jewish members were responsible. But were they? Simultaneously, the threat of an organized Muslim Brotherhood attack on Israel looms on the horizon. FBI agent Lara Edmond and Mossad field agent, Uri Levin, lead characters in Winnick's debut novel, East Wind, are assigned the dangerous task of solving this new attempt to stop the U.S. from providing aid to Israel.

Praise for Winnick's Devil Among Us

“Winnick’s fine thriller displays his expert knowledge of the Middle East and his laudable skill as a storyteller.”
-- Kirkus Reviews

“...fast paced... demonstrating (Winnick’s) vast knowledge of Middle East history and politics, with an all-too plausible and scary scenario... which starts out with a shocking bombing of a New York synagogue on the High Holidays. Too real, just hope the bad guys don’t get any ideas here.”
-- Lee Bender, Philadelphia Jewish Voice 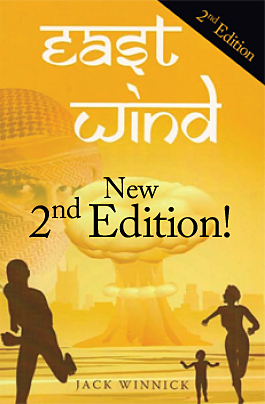 (Book 1)
When terrorists threaten to blow up American cities a crack counter-terrorist team is pitted against a group of Hezbollah-based operatives. An FBI agent teams up with a Mossad field agent in a desperate
cross-country chase.

"In the genre of international spy thrillers from Daniel Silva and Vince Flynn, Jack Winnick's East Wind is a fast-paced, page-turner novel involving a credible scenario: Muslim terrorists have penetrated the U.S., detonated one small nuclear dirty bomb in a major U.S. city and are threatening further attacks if the U.S. does not cease its
support for Israel."
-- Lee Bender, Philadelphia Jewish Voice

"Only from an engineer with over 40 years of experience in nuclear and chemical engineering could an international terror plot thriller be so detailed and effective."
-- Gerard Casale, Jr., Shofar Magazine

PURCHASE now AT THESE Online stores

Feel free to email us to provide some feedback on your purchase!